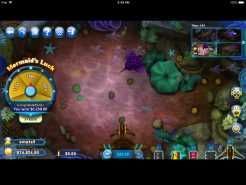 Play Now
Fish Catch slots is a brand new game that is all about fishing and not much spinning of reels. This brand new slots game does not have set reels but it does have twenty different spaces of fish that swim on the screen. Each fish has its own value and the aim of the game is actually to shoot as many fish as possible giving the player payouts of up to 1000x the bet placed. The main variable in this game is the betting size, players can place up to 10 coins per spin of the game i.e. per shooting episode and use coin sizes that range from $0.01 up to $2.50 per bet.

Enjoy Shooting Fish With Up to Four Players

Fish Catch slots allows up to four players to enjoy the game together at once and each player places his own bets and then choose the size of his gun. This will affect his shooting power and also his multiplier for the fish that he succeeds in shooting. Once bets have been placed, the player chooses his gun and the game commences. The more fish that the player is successful in shooting the more he can potentially earn. The game is a lot of fun and the fish species include clown fish, swordfish, crabs and more. In addition to the shooting there is also a random mermaid feature that can be triggered at any time during the real money game and when triggered it takes players to a new screen to play a round of roulette. At the end of the roulette round, the player is taken back to the main screen and continues to shoot at the fish. This game is delightful and fun and offers the player interactive shots that really give him a feeling of being part of the underwater world.
Play Now 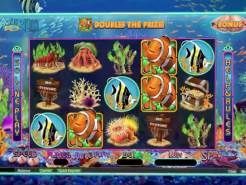 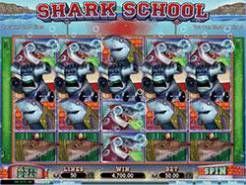